Is Having to Work into Old Age a Bad Thing? 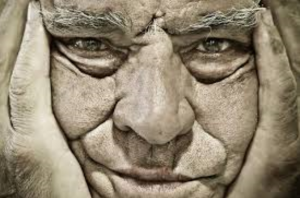 State retirement ages are gradually climbing all over the world, largely as a result of aging populations and an increasingly challenging economic environment. The average U.S. retirement age has risen to 62 years of age, climbing by 3 years since 2010, when it was 59 years of age, according to this Gallup report from April 2014.

What’s especially interesting is that, while the average American thinks that they will retire at 67, retirement ages are expected to move to 70 and 80 years old, according this US News and World Report, which cites the chairman of AIG Insurance – so this really has to be taken seriously, as this firm has links with retirement funds.

The immediate reaction to this is one of fear and apprehension, and it brings up scenes of old people who can barely walk, slaving away at hot furnaces, struggling with heavy boxes, etc. … But, is working into retirement really the nightmare scenario that many of us think it will be?

I mean, if working into retirement is so bad, why do so many people who don’t have to work into old age continue to work? The likes of Warren Buffet, Sir Alex Ferguson, Bernie Ecclestone (head of Formula 1 racing), and many others worked or are still working into their 70s. They do it because they love their work. Is it so hard to believe that there are plenty of mere mortals like you and I who might actually enjoy their job enough to continue working into their old age, even though this might be at a reduced, part-time capacity? Surely, at a time in one’s life when there is the real fear of social isolation (and of not being relevant), continuing to work is a way to counteract that.

Of course, I know that plenty of people are having to work into retirement for economic reasons (i.e., to earn money), but there will be many positive side effects of doing this, the first of which I mentioned above: it will help you to remain socially engaged and independent. Disney has a 76-year-old chef ,Oscar Martinez, who is working for them because he loves the job. USA Today conducted a poll and found that many people are voluntarily working into old age, and that 7 out of 10 respondents were very satisfied with their work, and 26 percent were somewhat satisfied. Working into old age doesn’t sound like a nightmare scenario to me.

Besides this, there are growing bodies of research that show that working into old age can help to keep your brain engaged, which can help to ward off dementia and increase feelings of independence and of being a contributing member of society. Working into old age can materially enhance one’s well-being, providing a better quality retirement than those who don’t work, in certain circumstances.

Now, I am not suggesting that the retirement issue is not something that can be taken for granted: it should still be planned for. That said, working into retirement is not the nightmare scenario many people think it is. I believe it can actually be life enhancing.