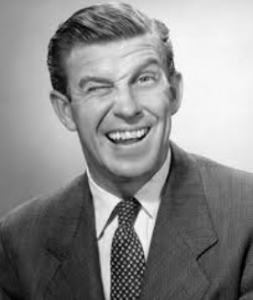 The film and television business can be a rough and tumble business.

And maybe watching Brave Heart too many times, has me all fired up this evening.

Over the fourteen years I worked as a Producer, I served alongside with and for some tough men and women.

The company was made up of Christians and we worked on both Christian and non Christian projects, many with wide appeal and viewership.

We were in no way shape or form scared of a fight nor did we avoid conflict.

In fact, if a client did not want to fight their own battle, we would offer to fight it for them.

Our team has been in skirmishes from Rome, Italy to New York City, to Franklin, Tennessee to Conyers, Georgia.  (All Christian based projects by the way.)

We believed in a confrontational style of the Gospel.

You don’t wanna fight your war?

We would do it for you.

I have been invited to go “out back” of a huge church,  by the tour manager of one of the Christian industry’s leading bands, as the encore was being played.  (That was hilarious.)

I have gotten into the face of men much larger and certainly meaner than myself, and began the conversation this way, “You and I both know that you can kick my butt at any point you choose. And I am about to say something that is going to make you mad.  However, with all diplomacy aside, what you just did is not going to happen again, not here, not with us.”

We believed in an Old Testament kind of approach to problems.

Salvation if possible, slaughter if necessary.

Our team was a family.

We could be fighting internally as families do, however, someone outside of the family, often learned that if you take on one of us, you had the opportunity to take on all of us.

There is a lot of comfort in that type of situation.

We had unspoken rules of engagement when in battle, which was always.

1. Never “whatever” our company nor members of the team.

If a person outside of our team ever smiled and winked, that person immediately went up on the radar screen.

They could not be trusted.

They will say one thing and mean another.

Personally, I apply that rule to this day.

In fact, it happened just this past Sunday.

A man that smiles and winks can not be trusted and will not fight alongside you when the bullets start flying and the blood is flowing.

Regardless of their size or their title.

Goliath was considered strong when in fact he was weak.

Samson was touted as the greatest when in fact he turned out to be the least.

The man who winks.

It is not within him to wage war.

It is not within him to go into a fight on behalf of someone weaker, throwing punches first and then sorting out the details later of why the punches were being thrown in the first place.

I heard a Christian activist once say, “Never go into battle alongside someone that does not already walk with a limp.”

The purpose of this blog?

With the looming ideological battles affronting our nation?

To challenge men to confront wrong.

To defend those who are weaker.

To take up a confrontational gospel.

Life is an ongoing war.

The war of good against evil has been going on since the beginning of time and will continue until the end.

Where are the men, not perfect, but strong and courageous?

Not theologically pre-programmed, but men who will fight within themselves to find good, and restrain the beast that screams to be unleashed and lash out against everything around them.

Insecurity is not an attribute of a warrior.

Security in a ferocious all consuming God is what is needed and needed now.

Joshua and his army slaughtered everything in their path over a seven year campaign.

Nehemiah cursed the people, pulled their beards and hit them as he was carrying out the work he had been called to do in rebuilding the city.

Jesus turned over the tables in the temple, screamed at the religious who were present and beat them with a bull rope.

That would be the Messiah and The Prince of Peace.

Not digging the confrontational Jesus?

Men, stop running from the battle and run toward the battle.

Be violent in your approach with the Gospel.

The Bible says, “by violence the Kingdom of God advances.”

Take a clue from William Wallace in Brave Heart as he challenged Robert The Bruce.

“Now tell me, what does that mean to be noble? Your title gives you claim to the throne of our country, but men don’t follow titles, they follow courage. Now our people know you. Noble, and common, they respect you. And if you would just lead them to freedom, they’d follow you.  And so would I.”

My gosh, stand up and get in the battle.

The Islamic extremists are not the only group that can take up a sword based upon belief.

Do a little reading on The Crusades in the near future.

And for those men who wink?

“Watch out for people who grin and wink at you; they have thought of something evil.”  Proverbs 16:30 (Good News Translation)