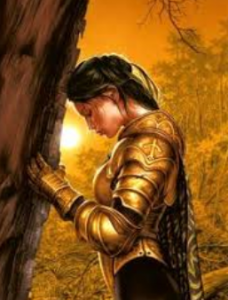 The “on the ground” army generally get the credit for a victory.

When in fact, the Bible teaches us that the battle has already been fought before the army ever arrives.

And the actual battle that determines the outcome of the war is fought in “the heavenlies”.

“When you send your people out to battle against their enemies and they pray to you…”  1 Kings 8:44

The Prayer Warriors have already cleared the way before the physical battle begins.

The Musicians and Choir.

“It was determined that there should be a choir leading the march, clothed in sanctified garments and singing…” 2 Chronicles 20:21

God’s military strategy is different than any other.

1) Pray and declare the victory.

2) Sing in celebration of the victory that has previously been fought and declared.

3) Watch the enemies of God melt in fear.

4) Send in the “on the ground” warriors to confirm what the Prayer Warriors had already determined.

The victory was ours from the start!