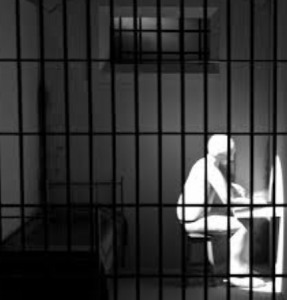 “Sometimes I want to live, and at other times I don’t.”

Almost every news source has reported in the last several weeks about the executions of prisoners in the Middle East.

In countries throughout the world, there are people being held against their will.

Imprisoned for their opposition to a regime.

Chained because of their stance on one issue or another.

I can only attempt to imagine what it must be like to receive a letter from someone who you care deeply about, and within that letter you read the words, written in their hand writing, “Sometimes I want to live, and at other times I don’t.”

You began to question the sanity of the person writing the letter.

Has their imprisoned condition worsened to the point that it has caused the lines of rational and irrational thought to be blurred?

Are they being beaten?

Are they even being fed?

Are they being forced to write letters that would give their loved ones the impression that suicide would be better than their inevitable fate?

Have they given up all hope?

You continue to read the letter which says, “How much happier for me, if I were dead, than being here.”

You flip through the pages looking for the resolution of all of this mental anguish and conflict.

There is his signature following “Sincerely”.

There is even a P.S., asking you to say hello to all of his friends.

Within the P.S. he sends greetings from all those who work in Caesar’s Palace.

Maybe he is being held in some hidden cell, within the United States, near Las Vegas.

You go back to re-read the letter knowing you must have missed something.

There must be some idea where he is.

You look for the description of the conditions he is actually faced with while he is in prison.

You start the letter all over again, this time reading it to the others gathered, now in the room, intently listening.

Someone says, “Okay, read it again.  Slow down.  Start at the beginning.”

You take a long breath and begin.

“From: Paul and Timothy, slaves of Jesus Christ.  To the pastors and deacons and all the Christians in the city of Philippi.”

This time you see the words, “hope”, “peace in your heart”, “this is all going to turn out for my good”.

Later in the letter, you read the sentence, “Think about things that are good and right, the pure and lovely, and dwell on the fine, good things in others.”

You should know by now, this letter and the phrases taken from it, were written by the Apostle Paul.

The book of Philippians is an insightful look at finding the good in every bad situation.

I would encourage you to read the book of Philippians and consider doing the following.

You might be surprised and encouraged to find the positive comments intertwined within the negative.

If Paul can find the positive side, and the good news, in an extremely negative environment, shouldn’t we be able to do so as well in our daily lives?

If you were to write a letter regarding the circumstances of your life, would you be able to distinguish the good news from the bad news?

Find the good in your day.