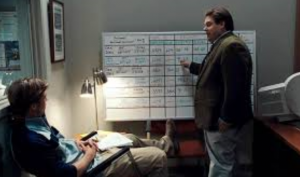 What could this possibly have to do with anything of spiritual consequence?

Watch this scene from the movie, Money Ball.

It was the underrated that Christ chose to help him.

He put together a group of the most unlikely followers to assist him establish the greatest revolution ever seen.

It was the underrated that would lead the early church.

It is the underrated that continues to serve people as Christ served.

The local pastor without the aid of television and radio.

It is the underrated that will set the example during the next two generations as to how to face persecution without fearing their fate.

Some call them “the meek”.

Some call them “the oppressed”.

Some call them the “outcasts”.

Some call them the first to be discarded and the last to be noticed.

Christ called them the first to be noticed who would never be discarded.