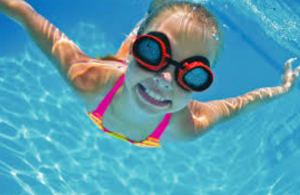 “Suzanne, you are either going to swim or not swim. Either way, it will be your choice.”

And in she went.

I will never win the Father Of The Year Award.

I have resigned myself to that fact.

In the past, I told one of my children that unless she got a hit, right then, in that crucial situation, “I would cut her head off and bury it in the woods.”

Granted, I was also the third base coach, and she was playing on a very competitive 10 and under tournament softball team.

I am not sure the opposing parents got the joke on that one.

Fortunately, my daughter did.

I have paid both of my daughters to foul the opposing players in basketball.

I was attempting to teach them aggressive defense.

However, if they fouled out they forfeited the money.

So, there again, the greatest father I may not be.

In the swim or not swim scenario, we were at a family pool gathering.

I had been working with her to build up her confidence around water.

I decided that day was the day to move forward in the lessons.

Having been a lifeguard I was aware of the consequences of what I was about to do.

So, I scooped Suzanne up in my arms.

Walked out to the end of the diving board.

Suzanne’s fingernails had began to dig into my back and neck.

She must have sensed something was different with this lesson.

I peeled her from my neck, held her out over the deep end of the pool, and said, “Suzanne, you are going to either swim or not swim…either way, it will be your choice.”

She went under and I stood at the end of the diving board and hoped I had done the right thing.

It took her a few seconds to get her bearings, but she came bobbing up and headed for the ladder.

She had overcome one of the greatest fears for children.

The fear of deep water.

Life for you and I is not much different.

At some point, God has probably held you out over the deep end of the pool and said something similar.

But you know what?

You went under and came bobbing up and headed for the ladder.

After that, you did it over and over again.

Let go of the “death grip” you have around God’s neck.

He is never going to tell you do anything that He has not prepared you for.

“You threw me into the ocean depths; I sank down into the floods of waters and was covered by your wild and stormy waves.”  Jonah 2:2-3

You may feel like you are going to go under for the last time.

But it’s your choice.