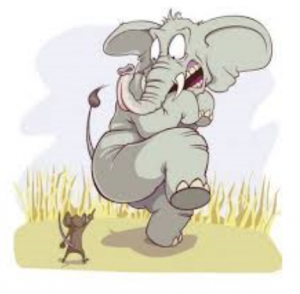 I am on a mission to confront the biggest and meanest people I can find.

To confront as in get in their space and inside their head.

The purpose is to confront, (interview), them, concerning how we approach and overcome problems, challenges, obstacles and insurmountable odds.

I ran this idea by my good friend Nathan Hammock and asked him if I was about to get my brains beat in.

Nathan, being a big, strong guy himself said, “Good chance.”

I knew then that I was going in the right direction.

Gold’s Gym is where I was a member and there are a lot of big guys.

After prepping my then sixteen year old daughter as to what was about to happen, I picked out the biggest guy I could find in the gym.

I approached him, got all up in his space, or his private bubble, as my future son-in-law likes to call it.

Them: How you doing? I’m Chris.

Me: I am not crazy, but this is about to be a little weird. I write, and I would like to get inside your head and rattle around for a minute.

(By the way, Chris I found out was a MMA fighter for a year and a half. Very large guy.  Did I mention he was an MMA fighter?)

Me: Chris, you and I both know right now you can physically beat my brains in. We both know that right now, don’t we Chris?

Chris: You mean like in a fight?  I don’t know your level of fighting skills.

(Chris is at this point was looking at me like I had truly lost my mind.)

Me: Chris, yes you do.  You know your weakness, but I don’t, yet. Think about it and let me know.

He said he would.

Maybe I scared Chris.  He never did tell me his weakness.  In fact, he never came any where near me again while at the gym.

Then early, one Sunday morning at the gym, I picked Duane.

A former offensive lineman for the Clemson Tigers.

Very obviously use to play football at a highly competitive level.

We went through the same scenario.

Then Duane said, “You know what? I hated to play against smaller guys like you. I could always physically intimidate people because of my size. I could manhandle them. I could push them outside away from the quarterback. But if they were smaller and quicker they could blow by me on the inside and get to the quarterback. That is how I could be beat, they just didn’t know it.  And I hoped they would not find out.”

Side bar, I did tell Duane that my own personal greatest giant has always been money and finances. I told him, “Duane, I am too smart to be this broke.”

He laughed and said him too.

Then I needed to interview one more guy on Sunday morning.

Big guy, bigger than Chris the day before.

After they get over the fact that I am all in their space they seem to enjoy the confrontation, as if to say, “Who is this guy?”

Rusty said, “If I get you on the ground you are dead. But, since most fights last only two to three minutes, if you can somehow stay on your feet, and somehow get in the first punch, you could beat me.  But it better be a good first punch.”

The purpose of this exercise?

To prove that a problem is not gauged by it’s size.

At least not in God’s eyes.

Only in our eyes.

Here is a Biblical example from the life of King David, who was not yet a King when this occurred.

Just a young kid going up against a huge problem.

In this case, Goliath.

I told each of the three guys I confronted the story of David and Goliath.

You know the story.

David should not have beaten Goliath.

But as David ran toward Goliath, David did not know Goliath’s weakness.

Though it is not recorded in scripture, somewhere in the back of Goliath’s mind he was thinking, “I don’t know who this crazy kid is, but, if he by chance picks up a rock, and if by chance, he slings it at me, and if by chance, the God that he says he comes in the name of, causes that rock to land right in the middle of my forehead, in the very small area between my protective head gear…if all that happens…then I am a dead man.”

There is no problem or challenge that you will ever encounter that does not have a solution with God involved.

Refuse to be defeated.

You can defeat the giant.

You just don’t know how…