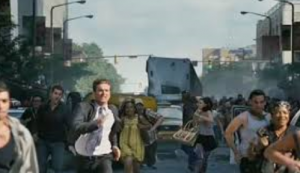 Earlier this evening, I re-read portions of the book, David And Goliath, (Underdogs, Misfits And The Art of Battling Giants, by Malcolm Gladwell.

It is not a Christian book, per se, but the first chapter on the battle between historical and Biblical David and Goliath is worth buying it.

If you, or any one else you know, has or is battling giants in their life, you will find this book to be an investment in hope.

Here’s a quote from the book:

“David and Goliath is about what happens when ordinary people confront giants.  By ‘giants’ I mean, powerful opponents of all kinds, from armies to mighty warriors to disability, misfortune and oppression.”

In one of several case studies, Gladwell highlights the citizens of London, England, during World War II.

The Germans began to bomb London each night for fifty seven straight nights of continuous devastation.

Even more injured and left without shelter.

The Germans had devised a strategy where they were counting on widespread panic.

They thought millions of people would desert London and flee to the countryside, halting commerce, industry and the every day existence of those who lived there.

Related to this strategy, there is a phenomenon called, “afraid of being afraid”.

This is where fear alone drives one to be defeated.

Just the fear itself.

They fear, not the giant, but they fear the fear of the giant.

The Germans thought the citizens of London would succumb to this fear.

J.T. MacCurdy highlighted this phenomenon in his book, The Structure Of Morale.

The book breaks the people of London into three categories.

Those who were killed.

Those who experienced near misses.

Those who experienced remote misses.

Those killed were obviously most directly affected, as goes without saying.

The near misses were those who were injured or left with psychological effects.

The third group, the remote misses, were those who had bombs explode near them, barely missing.

This third group, had many who were left without a home, living in subway stations at night, yet refusing to turn away and run.

Those who would not leave, once they survived the first bomb, were emboldened by the attacks, and carried on with their lives in defiance of the enemy.

Many reported that after they survived the first bomb, they felt invincible.

Germany discovered that they could not defeat an enemy like that.

One that refuses to be defeated.

People that will not run.

In our nation, the United States Of America, and globally, many are afraid of being afraid.

It is not a terror organization they fear.

They fear the fear of the terrorists.

And why should you not be?

David refused to be afraid.

God had brought David through so many experiences, what could a mere man do to him?

Tomorrow, on this anniversary of September 11th, 2001, consider writing this verse down and placing it near you for the entire day.

Then ask God to help you identify the giants in your life.

Yes, they are tall.

Yes, they are huge.

Yes, they are loud.

But they are not you.

They are not the God who dwells inside of you.

Two books you should read.

David and Goliath by Malcom Gladwell.

The latter book, inspired by a Holy and powerful God, who empowers us, so that we do not have to be afraid of being afraid.