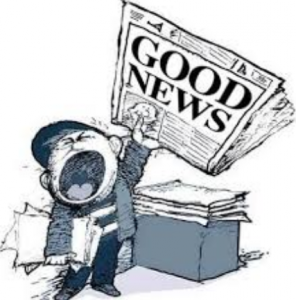 Jerry was still speaking to me, but my mind had gone blank.

I could not speak, nor was I hearing anything else he was saying.

The words that had just come out of his mouth stunned me.

I did not envision, or in no way, could have predicted this scenario.

But then, God rarely presents himself and his plan in a predictable scenario.

Jerry and Jimmy were going to be the fifth member to member kidney transplant in our local church.

They had been friends for thirty five years.

This was going to be a perfect plan for everyone.

In fact, this kidney donation and transplant was going to be even more unique than the previous four.

Jerry was not a perfect match for Jimmy for there to be a direct transplant.

So, in this case, Jerry was going to donate to an individual that he matched with, and then a third individual who was a match for Jimmy would donate their kidney to Jimmy.

All on the same day.

It was so neat the way it was going to work out.

Jerry and Jimmy spent two days being tested, in every way you can be tested.

Jerry was asked to remain for a few minutes at the end of the second day.

One of the doctors wanted to speak with him privately.

The doctor came in with a countenance that did not have the look of good news.

He explained to Jerry that throughout the tests everything seemed fine.

And then the results came back from one of the final tests.

They had found that Jerry himself had undetected cancer in his own kidney.

That was the statement where my mind went blank.

This was not the scenario I had envisioned.

This was not good news at all.

This was bad news.

And it is bad news, if you look at the situation from a human perspective.

But never is it bad news, when we look at the situation through God’s eyes.

This was not bad news at all!

It was in fact, good news!

The good news had become bad news, which in turn opened up the opportunity for good news.

So, where is the good news?

When Jerry initially felt impressed to be tested to donate, if he had not gone through with it, and not listened to God directing him to step out of his comfort zone, the discovery would not have been made that will now save his own life.

Jerry even said, “If they had not discovered this now, I could have been dead in five years.”

Typically, with a kidney transplant, the left kidney from the recipient is taken.

The truth that God works in “mysterious ways” can certainly be applied in this situation.

Maybe you have had good news that has turned into bad news.

When we obey God’s plan for our lives, it never ends in bad news.

There is always good news to be found in bad news, if God is delivering the news.

None of this caught God by surprise.

He’s got it all under control.

He is still developing the rest of the good news.

“When darkness overtakes him, light will come bursting in.  Such a man will not be overthrown by evil, (or bad), circumstances.  God’s constant care of him will make a deep impression on all who see it.  He does not fear bad news, nor live in dread of what may happen.  For he is settled in his mind that Jehovah will take care of him.  That is why he is not afraid and can calmly face his foes.”  Psalm 112:4-8 (TLB)

That is good news.