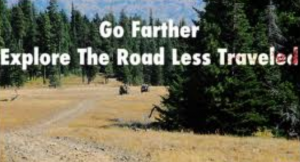 If you and I  decide to go beyond this point and place how big a price will you and I have to pay you may ask?

You and I must give up everything.

The rich young ruler had done everything except give his riches to the poor.

Jesus did not necessarily want his money, but he did want to see which was most important.

The Kingdom of God or his wealth.

The Bible does not say we must enter into financial poverty in order to follow Christ.

In Matthew 13, the parable of the sower speaks of the thorns and says what was sown among the thorns is the man who hears the word.

The worries of this life and the deceitfulness of wealth choke it out.

It was not the man’s wealth that caused him to not enter the Kingdom of God.

He was seduced by the one thing he had complete control over.

Christ said we have all that He himself has.

He owned nothing but rules over everything.

The only reason that the children of God are not the richest people of this world is because God has not been able to trust us with it – yet.

God was able to trust Job be because Job had been tested and proven.

He had lost everything.

The price you will pay to go beyond this point and place is to be tested in the wilderness.

Christ went through the wilderness and you and I must also.

Sure, there will be pain and difficulty, but if you are going to rule and reign with him you are also going to suffer with him.

But this does not mean that your whole life was meant to be a pilgrimage of suffering.

The christian is to be a victor not a victim.

How did we ever get things so mixed up?

I am hesitant to blame it all on Satan, on the enemy, the magnificent liar.

We, the American church has so prostituted the Gospel it is almost unrecognizable.

Let me highlight a few examples in the Word that tell what it is to suffer for the Kingdom.

In Matthew 26:38 we find Jesus saying to his disciples, “My soul is overwhelmed with sorrow to the point of death. Stay here and keep watch with me.”

Can you imagine the amount of spiritual warfare it would take to drive someone to the point of death?

How many thoughts must have raced through Christ’s mind as he knelt praying in the Garden of Gethsemane.

The scripture says Jesus was tempted in every way.

If that is so, can you picture our Lord being tempted with the thought of suicide just to escape this mental anguish and the pain of sin felt as it was laid upon him.

But the next four words are the reason I am alive in Christ today.

It reads, “Going a little farther, he fell with his face to the ground and said, ‘My Father, if it is possible may this cup be taken from me. Yet not as I will but as you will.”

Going a little farther he released himself to the Father’s will.

I am so thankful that he went a little bit farther.

At the same event, but recorded in the book of Luke it says, “He withdrew about a stones throw beyond them.”

As Christ did, you and I have to go a little bit farther.