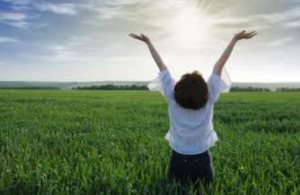 The scriptures say the whole creation waits in eager expectation for the sons of God to be revealed.

It also says it has been groaning as in the pains of childbirth right up to the present time.

Why is the creation groaning and what are they waiting for?

The message of the Kingdom of God is not new.

It is the center of the theme that Christ himself preached while on earth.

We must each feel that expectancy and give the world the message of Hope and of the Kingdom of God.

There is no other way except to be a demonstration of that message.

Allow me to give examples of what can be learned from the crucifixion.

There are groups that live out the first day experience, the death of the cross and preach we must die to ourselves.

Then there are the churches who live out the second day experience.

The middle day, the day of the tomb.

I believe there are many churches and those associated with those churches living out the day of the tomb and when you are in the tomb you are dead.

Following that is the resurrection church, living out the third day experience.

The message is power through the life of the resurrected Christ.

I want to encourage you to go beyond the third day and take the power of the resurrection and not only live it out but declare it everywhere you go.

What did Christ do on the fourth day?

He began revealing himself to all the believers.

Not just to a few followers but to all.

The full demonstration of the Kingdom of God had begun.

And where did it begin?

Here on this earth.

No in some far away distant place.

It began here where you and I live.

I want to be a fourth day Christian, don’t you?

What does four represent?

Four is the number which signifies the four corners of the earth and God’s interaction with all men.

Christ had died and was buried.

Then he was resurrected.

On the fourth day the believers began to have the total demonstration of the Kingdom.

I Corinthians 15:26 says the last enemy to be destroyed is death.

In verse twenty is says, “But Christ has indeed been raised from the dead, the first fruits of those who have fallen asleep.”

This means that if Christ was the first fruits, then there is going to be those who would follow in this example, if not physically, then spiritually.

Death does not have any victory for the Christian. I Corinthians 15:57 says, “He gives us the victory through our Lord Jesus Christ.”

In a previous entry, I had written, we are to be victors, not victims.

We should each be striving to live as the out growth of the message of Christ.

You and I can go beyond this point and place that your currently live.

You can be transformed into a son and daughter of God, living out Christ’s example here on earth.

Transformed from death unto life.

Transformed into a life that demonstrates a message that brings salvation and hope to others.

It is the actual demonstration of the Kingdom of God here on this earth.

“Thy will be done. On earth as it is in Heaven.”