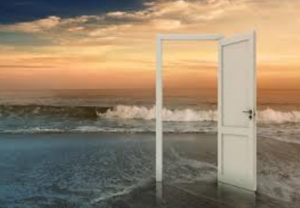 For Christ to go beyond the point of submitting to the will of the Father meant persecution and death.

The scriptures tell us how he was beaten and mocked and spat upon.

Those churches who speak truth will also find persecution in the coming years.

The church who speaks of Biblical truth, not of acquired wealth, health and happiness.

Before you come to the final victory there must be a time of persecution.

History points that out.

Before there was a revival or a tremendous surge in Christian growth there was a preceding persecution.

As history would also bear out, the persecution has come from those cultural leaders of religion.

Religion is diametrically opposite of Christianity.

It was only after Jesus had said, “Yes, I am the Son of God and have been sent to proclaim the Gospel of the Kingdom,” that the religious leaders began to plot to kill him.

Christ was not condemned to die by the prostitutes and the drunkards or even the two thieves who died along with him.

He was condemned by the so called people of God.

In my readings, I have found out many things about Christs’ death and how we must enter into his death.

His blood was shed to take away our sins and he became the supreme and final sacrifice.

We must all get to this point.

I call this the threshold of death.

It the point which separates life and death, and is the major stepping stone in our seeking of the Kingdom of God.

David came to the threshold of death when in Psalm 88:3 said, “My soul is full of trouble and my life draws near the grave.”

Paul also said it in I Corinthians 15:31 by writing “I die every day, just as surely as I glory over you in Christ Jesus our Lord.”

What he was emphasizing was, “Fellow believers a day does not go by that I do not thank Christ Jesus for dying upon the cross and to the best of my spiritual abilities and senses I also die for that reason.”

These are the experiences that cause us to be formed into what God can use for his kingdom.

To enter it we must also go through the threshold of death.

Paul said we must go through many hardships to enter the Kingdom of God.

Death is the ultimate test.

Revelation 12:11 says, ” They overcame the accuser by the blood of the Lamb and by the word of their testimony; and they did not love their lives so much as to shrink from death.”

Go to a missionary in a foreign country who is being persecuted for the cause of Christ and tell them this is not a time of where lives are being taken because of the Gospel.

The war is already upon us and we not even know we are in the battle.

Granted, someone may not approach you on the street and threaten to kill you if you do not denounce Christ but you must be willing to die.

As a result, he does not live the rest of his earthly life for evil human desires but rather for the will of God.

Maybe you will not be slain for the sake of the Kingdom of God but at least be ready to die.

In the first chapter of Philippians and verse twenty Paul writes, “I eagerly expect and hope that I will have sufficient courage so that now as always Christ will be exalted in my body, whether by life or death.”

If you are going to rule and reign with Christ then you going to have the bear the suffering that Christ suffered.