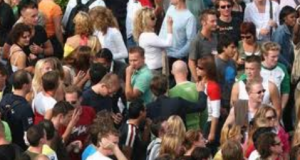 Yesterday I had the opportunity to go on a hospital visit with one of the pastors from my church.

We had attended the funeral of a family member of a mutual friend. and while near a specific hospital, he was to stop by and visit a couple of members from our church.

As the graveside service came to a close I met for the first time some of the members of our friend’s family.

Just casual conversation and let them know we were thinking of them and praying for them.

Just an in and out of peoples lives.

As we walked through the halls I wanted to reach out to people in a small way.

Here’s how it went.

Two older ladies going to visit someone in the hospital.

They had snacks in one of the bags.

We offered to take the snacks from them.

A pleasant exchange but nothing of impact.

Then we passed a lady who was giving out medical details to someone on the phone.

Then there was a woman sitting on a seat in the lobby.

As we went by I reached out to touch her shoulder and asked her, “Are you okay?”

We then entered into an elevator with a man who seemed to be heavy hearted.

I asked him, “Are you here with a family member?”

He nodded he was.

He said it was his wife.

He responded, “Not good.”

And that was it, no medical condition resolved, but he did now know he was not alone.

We entered another elevator and a nurse was there with a cart of equipment.

I asked her with no introduction, “How long have you been nursing?”

I continued, “Where does your gift of healing come from?”

She looked at me, thought for a second and responded, “When I was younger, my sister was very sick and I worked hard to help comfort her. It showed me what I wanted to do was to help people.”

And we exited the elevator.

Jesus was such and example of briefly entering and then exiting people’s lives.

With Jesus however, they knew that even in a momentary interaction something was different.

Something special had happened.

Let me encourage you to move in and out of people’s lives.

You don’t have to be a expert at conversation.

You just have to take notice of those around you.

Just a moment of hope is all they need.

An acknowledgment of their hard work.

A discerning of their heavy heart.

As you start a new week, look for opportunities to bring hope.

Those few seconds of moving in and out of peoples lives will last for many years in the memory of those you come in contact with.

Step outside your comfort zone.

That’s where God does his best work.