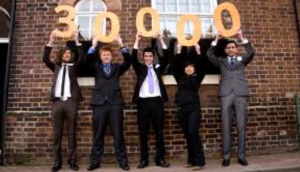 Only a few may know that this website began on December 5, 2011, late at night, with these words:

“So I get this text from, let’s say, a guy named T.J. It contains the following question. What if you woke up today with only the things you asked God for last night? Would you be happy?”

The T.J. as referenced is T.J. Sutton, who continues to inspire many.

A question from my good friend launched the first sentence.

Thanks to many people since December 5, 2011, the site has continued.

I have quit several times during the process.

A handful of people would not give up.

I asked Rick Howington, owner of TechAdvocate Solutions who designed, created, maintains and underwrites this site, more than once to, “take it down”.

Then I would call him back four days later and reverse myself.

The last time I asked him to take it down, he said he did, but he really didn’t.

Thank goodness he was wiser than I.

We have recruited several contributing writers and will continue to recruit more.

The stories of inspiration have come from all over.

We are within the next thirty days transferring our email distribution from good ole Gmail to Mailchimp, to accommodate a larger distribution list.

We hope to at some point, to reduce our notification emails and texts down to one per day.

That will take some time to transition toward.

We hope to eventually have people returning to the site every day throughout the day.

The site is tiny in comparison to the blogosphere.

However, we have found that there is an audience for the message of Hope.

Now, maybe, more than ever.

So, please keep making others aware of the site, forward them, post them tweet them, print them.

I want to believe that God, T.J. Sutton and my mama are pleased with the people we are all together, and collectively, reaching.

I am quite confident that the three of them have at  least discussed it.

Thank you for continuing to support and believe in www.johnhembree.com.

Relevant To People – Honorable To God