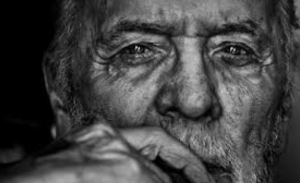 “Forgive me because I have given you only a little of my time since I answered the call.   I have chosen a road fraught with with dangers and for this sake suffered from hardships, embitterment, betrayal, and treachery…”  Name withheld

Could you guess who was quoted as having written that statement?

The Apostle Paul, Peter, even John while writing the book of Revelation while imprisoned on an island?

What about this one?

“For this reason, I also suffer these things; but I am not ashamed for I know whom I have believed…”  Name Withheld

Only the naive would believe or teach that the Christian life is not filled with sufferings and hardships.

Anyone who preaches or teaches the opposite is in danger of misleading many away from the true gospel.

Should we enjoy being a follower of Christ?

But our fulfillment should be in the fact that we are given to a cause, a cause that does at time bring about sufferings and hardships.

Christ himself said that, “You will suffer as I have suffered.”

Interesting to me is that in the second quote we find the apostle Paul writing to Timothy in II Timothy 1:12.

That yes I suffer but I believe in the One who will deliver me.

The first quote I must say stunned me when I read who wrote that.

Allow me to use it again.

It sounds very much like a passage from the Apostle Paul as well.

And it was written in a distant remote land not far from where Paul traveled.

On approximately December 15th, 2001, this person wrote that statement as a warning to his children to avoid his path in life.

It was written by Osama Bin Laden as he was trying to escape American troops at Tora Bora as depicted in the book Manhunt by Peter L. Bergen.

He ended the letter with this, “I advise you not to work with al-Qaeda.”

For all that he had fought for, as misled as it was and remains and brought tragedy to many, he was telling his children not to follow in his steps.

Fortunately, as we follow in the steps of Christ and of the Apostle Paul we too at times suffer.

However we suffer knowing that those who follow us will benefit from our sufferings.

That their benefit will allow them a stronger walk with God as they also defend their faith.

Suffering is not fun.

We suffer for a cause that truly means life and death.