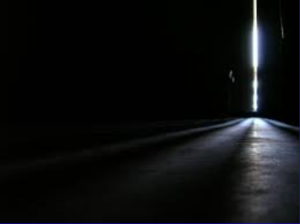 The line formed outside of the building as I drove up.

It wasn’t that long ago that I would have been in a similar line, a long line of unemployed people, just looking for a glimmer of hope.

I was there to represent my employer at the time, Shorter University, at a vendor table.

There were many vendors mostly those taking applications and resumes.

As I interacted with those stopping by the table and as I looked over the large gathering of people moving about looking for answers I was reminded of Jesus looking out over the people and being moved with compassion as they were lost without a shepherd.

And then I would be brought back to reality in talking to an individual about their future, their hopes, their dreams.

Ben has obtained his GED and was a very bright young man showing me detailed drawings of cars he had designed.

His dream was to be an aeronautical engineer.

Terry, a middle aged man, told me of his life as a former youth pastor and how that had crumbled and how he had found himself away from organized religion. but not estranged from God.

He told me of his love to feed the hungry. The physically hungry.

There was a woman who after describing some of her pursuits said, “I just can’t find my passion yet.”

It made me want to mingle with people again, to rub shoulders with them, to laugh with them, to cry with them…and even though I would feel the weight upon them around me, I would also be in a position to offer encouragement, maybe offer just a glimmer of hope.

That’s all we really need in life isn’t it? Just someone to say, “No matter what, I believe in you.”

God has given us such a hope and because of that responsibility we have, He has placed upon us hope as our destiny, it is our lot in life to offer encouragement, to bring life and to remind others that their temporary set back is just that, temporary.

And to be reminded of Job 42:2 where it says, “I know that You can do all things, And that no purpose of Yours can be stopped.”

Now that is a glimmer of hope.

Offer it to someone.