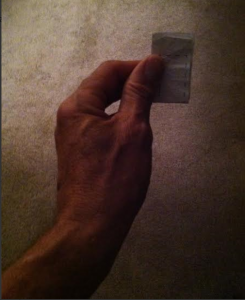 Once, I asked her what were the specific things in her life that made her heart beat faster.

She said, “Having children and helping people.”

She thought for a moment. tears starting coming to her eyes, and said, “Since I already know I can not do one of these things, then I guess it is helping people.”

That’s when I knew there was a deeper story involved here.

However, I would have had no way of knowing what was soon to be revealed.

We would talk from time to time in a setting where several people would be present.

I would press her in areas of her life and her talents.

She was only twenty one years old at the time.

Quirky personality with a heavy dose of sarcasm.

Two of my favorites.

I could tell by what little she revealed that her life had been far from easy.

In fact, it had been quite difficult.

At such an early age, and though already knowing she could not have children, she worked hard to be optimistic about life.

Given the fact that she is fluent in multi-languages, and would soon be traveling to work internationally, with so many great opportunities in front of her.

She seemed very hesitant to let people get close to her.

So I kept gently pushing.

“I told her of the time a friend and I were at a restaurant outside of Atlanta, Georgia, and that as the server approached our table and before she could even introduce herself I said, “Tell me, right now, what is the most raw, gut ripping moment of your life.”

It was as if we had rehearsed the scene, as though she had anticipated the question for years.

She immediately responded, “The day I went to the airport to finally meet my father, and he never showed up.”

Neither my friend or I could speak.

She walked away for a moment and my friend said, “Never in your whole life do that again when I am with you.”

It seemed like an obvious question that was intended to be asked of her.

That question would again be asked, with an altogether different answer.

Now, I was beginning to learn about my new friend’s life, much that I did not know before.

Her father was an alcoholic.

Her mother had made a series of bad choices regarding men.

Beginning with her father, which my young friend confessed that trait had been passed along to her as well, (making bad choices regarding men).

Her parents had divorced when she was in her early teens.

It was a “train wreck” scenario.

It was left to this young woman who ended up in an empty house, raising a younger sister, learning how to be a parent of which she would never become.

I simply could not, not ask her.

“Tell me right now, what is the most gut ripping moment of your life?”

She looked at me, then looked away, “John, that is so personal.

I simply can not answer that question.

So, I changed the subject back to her future and we left her life there.

Given the fact that I would never see or speak with her again, I realized that I had zoned in on something obviously very personal, and extremely painful.

I hoped her eyes would reveal the secret which her heart would not.

A few hours passed and as we were going our separate ways.

Probably forever, she handed me a small piece of paper, folded over four times.

I promised I would wait.

As I folded back the paper, I anticipated what it might say.

Adieu is farewell in French.

Instead, the few words she had written on the folded piece of paper came screaming out.

It was as though she had anticipated this question for years and knew that someday, someone would ask it.

Seventeen words revealed the secret she had hidden.

“The first time my brother raped and molested me in the 8th grade.  Never speak of this again.”

In these seventeen words, she had summed up her life until now.

What lies behind the life of a folded note of a twenty one year old?

Or a forty one year old?

Or an eighty one year old?

A line from the 32nd Psalm, “You are my hiding place from every storm in life.”

God also has given each of us a folded note which reveals the secrets of life as well.

How to survive the storms which surely will come.

Be aware that today you may be a hiding place for someone as their storm passes over.

Hide them well…in the shadow of God’s protective care.