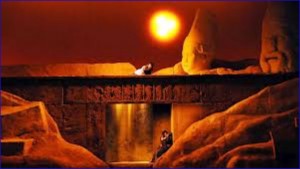 Not everyone enjoys opera, and I will admit it can be an acquired taste.

I do not speak Italian which most operas are written in, but I love to follow the story of each opera through the commentary given between acts and the description of what is about to follow.

Amazingly, if you really give yourself to it, you can follow the storyline, even in Italian.

On a recent Saturday, the highlighted opera was Verdi’s Aida. Not knowing much about the background of the story itself I was appreciative of the commentaries.

Between Acts 3 and 4, the commentary described how Aida, the opera, would end.

Aida was in love with another leading character, Radames, who had been charged with crimes and sentenced to die, on order to separate him from Aida.

He was to be led to a tomb where he would be placed and the tomb sealed and he was to die in solitude in the enclosed tomb.

As the guards sealed the tomb he pondered how he would spend his last few days.

It was then that he heard something in the shadows of the tomb.

It was Aida, who had hidden herself away in the tomb, deciding to die with Radames, rather than live without him.

I was taken by the actions of Aida, the selflessness, her desire to be one, even in death, with the object of her heart and her affection.

How many of us are given to an object of our affection to such an extent?

How many of us would see Christ that way?

That we would rather die while serving him, to be near him, rather than to live and be without him in our lives.

What is your object of affection?

Are you willing, like Aida, to die to yourself and die for him, if need be?

Consider Aida and then consider your own desire toward God, toward Christ.

It’s not too late to make Christ the object of your life long affection.