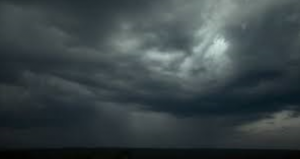 For the second day in a row I had the opportunity to do some storm running.

It is not as easy as you might think.

Storm running is more than running in the rain.

There is some science involved.

First, living in Georgia, you have to be ready for those afternoon / evening showers.

When you hear thunder and see darkening skies you have to be ready.

Much like storm chasers but without all the gear.

You are only equipped with shorts, a watch and shoes.

So you hear the thunder and you go.

You cannot set out on a pre-determined course.

You run toward the storm.

Or at least where you think it is.

You see the flashes of light and the bright streaks, coming down out of the sky, even though you learned in eight grade science lightning is a spark that travels from the ground up.

The thunder claps get louder and closer.

You try to gauge how far away is the center of the storm.

The number of seconds you can count between lightning and thunder is how many miles away the storm is.

What is supposed to be a seven to eight mile run turns out to be a ten and a half mile run because you had to change course.

Thunder booms right above your head and you feel the exhilaration.

Lightning flashes to the right and to the left and you know you are in the game.

The harder the rain, the better the run.

The brighter the flash and louder the boom, the greater the exhilaration.

Storm running is not for everyone.

But it is for me.