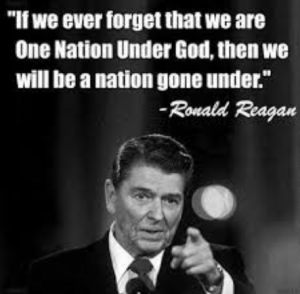 Prior to the assassination of Dr. Martin Luther, King, Jr., he delivered a message regarding the arrogance of America.

Consider the number of years since then, until now.

I am not an America Basher.

I am not a President Pounder.

There is nothing to be gained by either and much to be lost by each.

I found this clip interesting though, in light of the seeming advancement of the Islamic group, ISIS, throughout Iraq, in recent weeks.

ISIS within the last few days has taken over the last remaining Christian city, killing those who would oppose their slaughtering manner of conversion, they have torn crosses down from places of worship, they have declared that the flag of Allah will be raised in the White House.

The arrogance of any nation, any group of people, God will judge.

Any nation that bows down before any other god, even be it their own self promoted power, God will judge.

Any nation that has lost it’s need to fall on it’s face before Him, and cry out for mercy and a return to Him, God will judge.

The tide of this nation began to turn many years ago when the churches, and it’s leaders, and God’s people determined they would assume a weaker voice in the spiritual wars of America.

Many of God’s leaders, but certainly not all, no longer spoke His words, but stood in the fame they had created, for them, not Him.

The self created fame continues today.

But again, certainly not with the local pastors, who are working hard to return America to a God centered nation.

“Your prophets have said so many foolish things, false to the core.  They have not tried to hold you back from slavery by pointing out your sins.  They lied and said that ALL WAS WELL.”  Lamentations 2:14 (TLB)

All is not well.

It is the local church, who will declare the impact of revival upon this nation.

It is the church in the urban and rural communities, who will feed those who are starving, both physically and spiritually.

It is the church with intercessory prayer teams, who will return America, if God grants it, to a revival never before seen.

The weekend after September 11, 2001, churches across America were filled to capacity.

Because of terror and fear.

That is why those whose goal it is to cause terror are called “terrorists”.

They wish to create terror.

Let the enemies of God, the true God, be scattered, as the Bible says.

What the enemies of God did not have the historical hindsight nor foresight to understand is that God’s people, and those who did not share a common faith, were driven back to God, not away from Him, in the aftermath of 09/11/01.

A strength that can only come from the mighty hand of the true God and in the name of his son, Jesus Christ.

‘Yet there is one ray of hope: his compassion never ends.  It is only the Lord’s mercies that have kept us from complete destruction.  Great is his faithfulness, his loving-kindness begins afresh each day.  My soul claims the Lord as my inheritance; therefore I will hope in him.  The Lord is wonderfully good to those who wait for him, to those who seek for him.  It is good both to hope and wait quietly for the salvation of the Lord.”  Lamentations 3:21-26 (TLB)

There is Hope for our nation.

We will find that Hope.