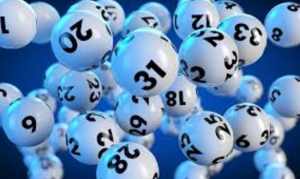 “Most of the world’s seven billion people found their destinies largely determined at the moment of birth.  Where they are born and who gives them birth, along with their gender and native intellect, largely determine the life they will experience.”  Warren E. Buffett

Buffett calls this the ovarian lottery.

This section is included in the Forward to the book, Forty Chances, Finding Hope In A Hungry World, by Howard G. Buffett, with Howard W. Buffett.

Warren E. Buffett, one of the world’s richest men.

The book goes into great detail describing “food insecurity” around the world.

And the quote from Warren E. Buffett comes from descriptions of the plight of poverty and hunger and how one’s life is determined at one’s birth.

For the most part I would agree with that quote.

For the most part.

Police officers, firemen, educators, farmers and many other types of careers.

The generation which follows will fall into the patterns of preceding generations.

Certainly not in all cases, but often, poverty begats poverty and wealth begats wealth.

Those parts of the globe where an existence of $2.00 per day is all one would have the resources to provide for their family is not out of the ordinary.

On the continent of Africa that is certainly true for a large portion of the population.

Those who have the misfortune of being born there are losers, one might think, in the ovarian lottery.

But then, there is Adanech.

Ethiopia is approximately 7,791 miles from a small town in Georgia.

Adanech was being raised by her grandmother in Ethiopia.

On an errand for her family, she was involved in an accident which left this young girl without both an arm and a leg.

Adanech was brought to the United States for medical purposes.

While here, a family learned of her situation and adopted her as a young girl.

Adanech would go on to learn and speak perfect English, to excel in swimming, was the Homecoming Queen, graduated from an elite private school and has a very bright future.

She has been the subject of stories in the media, along with television segments and even did the Oprah show.

Her birth and it’s location did not dictate the course of her life.

In fact, it lined up perfectly with where her life was being directed.

Because 7, 791 miles away, there was a family, whose lives were lining up perfectly with hers.

This family led by a father who as a teenager had suffered an accident as well.

Do you think that any of these details past, present or future surprised God?

Who better to prepare Adanech for her future than one who had already experienced her past.

Fortunately for Adanech, God does not play the ovarian lottery with people’s lives.

His plans for her life, exceeded economic status, reached beyond continental boundaries and allowed a horrible accident to give way to a heroic victory.

We have read that His will for our lives will take us farther than we could have thought or imagined.