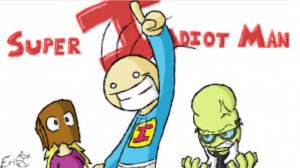 I could not have been more than fifteen.

A lot goes through your head at one time at fifteen.

I was in my usual spot on the last row in the corner on the left hand side and had just woken up from a 10 minute nap.

Some of my closest friends were seated beside or near me.  All was well.

I apologize.  I left out some details.

It was Sunday night and it was 7:00 p.m. and others were gathered.

In fact, quite a few others were present, and the nap had ended just as we were asked to stand before going home at the First Baptist Church of Stockbridge, Georgia.

The church where I spent my teenage years.

Still a little blurry from the nap I thought I heard my name being called from the pulpit.

It sounded like the pastor was saying, “Brother John, will you close us in prayer?”

Beside me was my friend, Jeff Jones.

I looked at Jeff and asked him to clarify what had been said because surely he was listening better than I had been.

“Yeah you idiot!”, he whispered out of the side of his mouth.

That was all I needed to hear.

The more colloquial southern greeting of the Almighty was always my favorite.

It was after the word “Lawd” that I realized that someone else was speaking as I was praying.

Rude but not insurmountable for me.

I ramped it up in volume and charged forward.

It was at this millisecond in time that I realized that something was amiss.

Someone else was praying in the  front right hand corner near the organ.

All the blood rushed from my head and my knees began to buckle as I mumbled a very few words and closed with a rushed, “Amen.”

The path to the rear door was unobstructed and I along with a couple of my closest friends, including Jeff Jones, bolted out the door, down the steps and ran toward the parking lot.

I was the only one not laughing uncontrollably.

It was not Brother John (Hembree), our pastor had called on to close the service in prayer, but rather, Brother John (Gilbert), one of the deacons of the church.

Needless to say I had to live with that for a while.

And the phrase, “Yeah you idiot…” stuck around for several years.

We are not totally focused in the present moment and we think we hear God calling our name, pressing us into service, and we respond quickly with no planning, no consideration and no confirmation if God was calling.

Or was God calling one of the other 10 “Johns” in the room.

And we bust right through another person’s calling and mission on the way to our own disaster.

I would encourage you to ask God to confirm over the next few days what you believe He is calling you to do with your life.

Check with God and make sure you are traveling on the right path with the right people toward the right purpose.

Maybe you feel He is asking you to do something that is far beyond your capability as seen in your own eyes.

It may be beyond your capability but it is not beyond God’s as He works through you.

If you have no direction whatsoever in your life, ask Him for a God sized vision.

Ask God to show you how He can take you as He made you, faults and all, and serve Him through serving others in some fantastically impossible way.

“God has given each of you some special abilities; be sure to use them to help each other, passing on to others God’s many kinds of blessings.”  I Peter 4:10  (TLB)