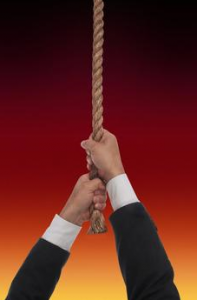 Events happen for a reason and many times for a very specific reason.

For whatever reason, two separate people sent me a text or told me that that “they were at the end of their rope.”

When people use that phrase it can sometimes mean, “My sisters kids are driving me crazy and I am at the end of my rope.”

This was not that case.

Each meant I am literally at the end of my rope and attempting to find some rest and some answers.  So I did something.

At times, someone else just needs for us to do something…anything.

I went to the Dollar General store and bought a small ball of thin rope.

Then I proceeded straight to where one of them works, had them paged and I waited.  As they approached I said I have something for you.  I pulled out of my pocket a foot long section of rope which I had tied a frazzled knot on one end.

I then made a promise as I continued to pull.  I said, “As long as you hold on to this knot I will be on the other end pulling and holding you up.  I will not let go. You must not let go of the knot.”

There are many people at the end of their rope.

Do this, go buy a ball of twine or rope in a small diameter, cut it into foot long lengths and look for opportunities to tie a knot in one end and give it to people, strangers, whoever, that are at the end of their rope.

They just need to know that someone cares and to be reminded that God is truly at the other end of the rope and will not let them fall, IF, they hold on.

Hope sometimes is only needed for a short second for someone to be rescued allowing them to continue forward.

Tie a knot in it…and hold on.