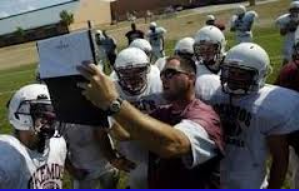 If you have ever participated in organized sports there was a coach involved.

Five Things Every Coach Should Know

1) Coaching is much more about people and relationships than x’s and o’s.

2) It’s not how much the coach knows, but rather how much players can do, that translates into success.

3) TEAM – TEAM –TEAM! The greatest teams I have been a part of were not comprised of great players. They were comprised of good players who played great together.

4) We all want to win. Winning means job security and it’s a lot more fun than the alternative. However, a defeat that leaves you humble is better than a win that leaves you proud.

5) The greatest rewards of coaching come long after the season is over. The reward is when the player takes the time to return to let you know how positively you impacted his/her life.

As submitted by M. Creasman – Pastor and Coach