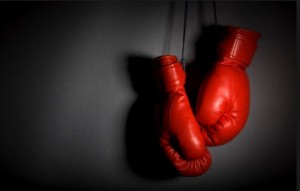 Did you know that your victory or defeat for the coming week can be determined before the week even begins?

On the eve of this new week, I have already determined how the next several days will go.

You have as well.

I read an interesting quote in Sports Illustrated today.  An article was highlighting the Chicago Bears in Super Bowl XX of 1986.  Dan Hampton, a defensive monster  for Chicago was quoted as saying, “He knew that it was over on the Wednesday before the game, when he saw the eyes of Patriots quarterback Tony Eason.”

And it was.  The game was over five days before it was actually played.

You can determine today how this week will go.

Will you be fearful and fainthearted or will you determine in your heart and mind to fight?

A personal example.  On Sunday I was determining if I would be superior or inferior this next week.

So today I have already determined that I will be superior not inferior.  That decision alone will shape the next several days.

I will tower over my circumstances and not cower from them.

Write the following  verses down and place them for you to see and be reminded of throughout the week.

“Today you are going into battle against your enemies.  Do not be fainthearted, or afraid; do not be terrified or give way to panic before them.  For the Lord your God is the one who goes with you to fight for you against your enemies to give you victory.”  Deuteronomy 20:3-4

So make the same declaration I silently made on Sunday morning  around 10:16 a.m. sitting in a Sunday School class.

Determine your victory for tomorrow today.